The following is a transcript of relevant parts of the TVNZ interview of June 1, 2019. My comments are in green. Click here for video.


A Christchurch Mosque shooting victim whose injuries were so grave he was placed in an induced coma is getting back on his feet, just 11 weeks after the attack. [See the footnote.]


One of the most seriously injured, with a bullet lodged near his spine, he was in an induced coma for three days. He has a 35cm scar from his surgeries, and a colostomy bag after his intestines were damaged...

His son Ali was praying at the mosque with him, but was somehow spared. [This is important. She evidently hasn't heard the stories about Adeeb shielding one or both of his sons.]


Ali [tense, looking down, struggling to find the right words]:


I saw bullets all around the, uh, like next to me and next to my legs and stuff. And when I saw the video he was shooting right above me, so I am lucky... [Here, he eases up.] I'm happy that he's [referring to his father] back, up and running... 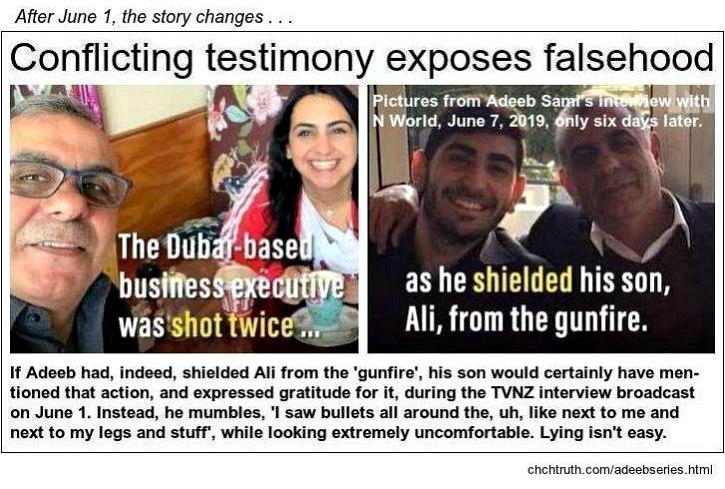 
Adeeb even told Prince William it would take more than the attack to slow him down.


But now, when he travels, he needs a letter for airport security about the shrapnel still lodged in his body.


Since some parts of the bullets here in my body, err, it's better to keep it rather than take it near some sensitive organs.


In September, he'll return [from Dubai, where he works as a civil engineer] for a final surgery to have the colostomy bag removed. 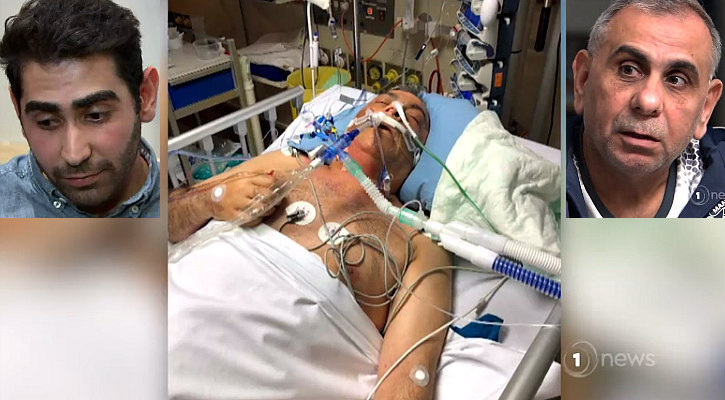 Adeeb Sami in a hospital bed. Inset, above left, is his son Ali.

Footnote: The main flaw in this story, which TVONE News ran on June 1, 2019, is that Adeeb Sami was on his feet, and loooking full of beans, five weeks earlier, when he met Prince William on April 26. (See the two pictures below.) For someone who was reportedly seriously wounded, he made an incredibly speedy recovery — assuming he did, indeed, suffer his injuries on March 15. Other points: (1) The AR-15, which the "shooter" allegedly used, takes a .223 Remington cartridge. My understanding is that the bullet is not frangible, i.e. it does not disintegrate. It passes through the body, creating a large, ragged exit wound. If this is so, there is no "shrapnel" left behind. But the point is academic, as no real shooting occurred. (2) I think that if I had just had a 35cm incision — and stitches — in my abdomen, I would have been reluctant to laugh with the evident gusto of Mr Sami. 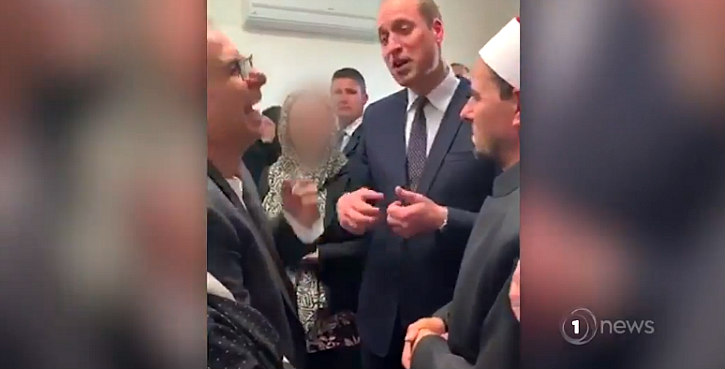 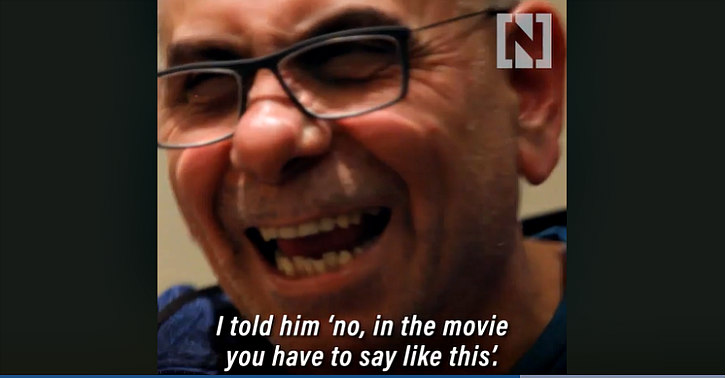 Adeeb Sami explains why, after being "shot" in Al Noor Mosque, he told his son Ali to "look after your mother and brother and sister". Some of the "victims" of the alleged shootings lie like children — extravagantly and inconsistently, with unnecessary embellishments. Take, for example, the testimony of Sami, which evolves between March 17, when he came out with Account 1, and June 10, when he came out with Account 2. Here are the two versions of what happened as the gunman entered the prayer hall: Story No 1; Story No 2. Both, of course, are total fabrications. 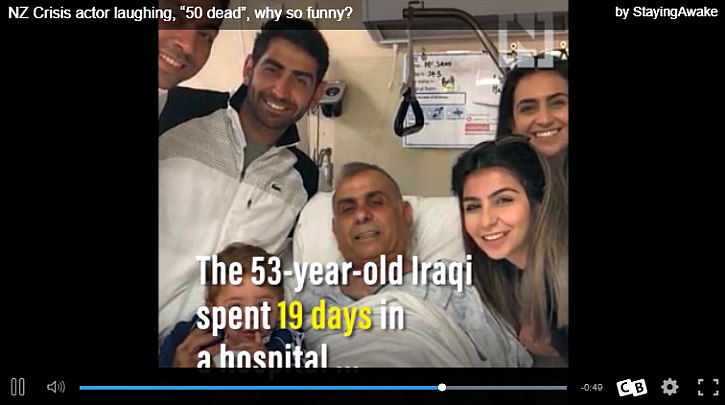 The caption to the above picture, also from 153news.net:

The "spine injury" also supposedly resulted in his hip being shattered — but you guessed it — just a couple of days later he’s up and walking about just fine like magic, still with a shattered hip and "shrapnel" too while doing interviews and laughing his head off about the hoax saying it was like being in a movie. His family are all beaming with joy in his hospital selfie and he got to meet Prince William.

Ask yourself, besides his ridiculously fake injuries, if someone had really witnessed 40+ people having their brains blown out, and been shot twice, would they be reacting like him and laughing hysterically about it? No, of course not. He’s laughing at the dumb gullible public and the thought of all the money he’s scammed for his acting role. 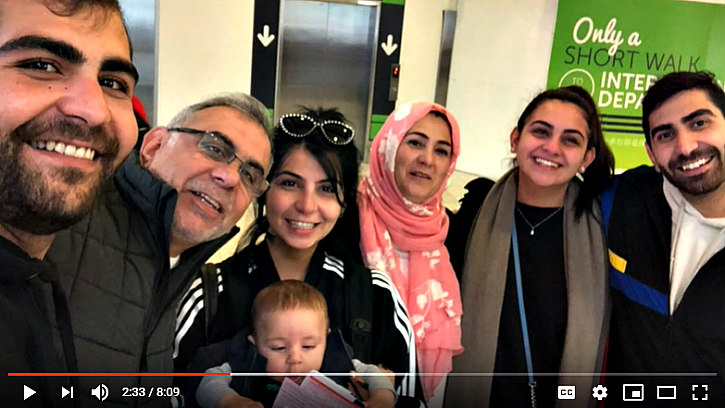