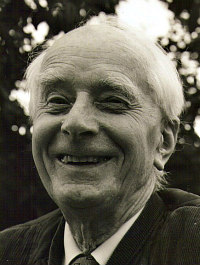 Basil Throckmorton (Muza Abul Gazan) is a London-based investigator who travels regularly between the United Kingdom and New Zealand. He became interested in Islam while still at school, and performed Hajj at a time when Europeans were rarely encountered in the Masjid al-Haram of Makkah. He says that, in an informed and intelligent society, no one would believe something as "patently absurd" as the official narrative of the so-called Christchurch shootings. He agrees with Prof Jim Fetzer that it is a story for "absolute morons" — or perhaps for children, who are incapable of discernment. He is hoping that one or two of the crisis actors, or their associates, will have the moral courage to come forward and tell him what really happened on March 15, 2019.


Messages received in this and other forums

It goes without saying that I will not divulge any sensitive information here. You can contact me in confidence at nolies (at) chchtruth.com

April 5, 2019: It seems to be that they are sort of filming some drills, maybe using a bit of archive footage, getting the profile of a "dodgy" character from a given community and then fabricating a scenario well enough that it will convince people that it’s a lone gunmen sympathetic to ISIS – or whatever nonsense they think will work. As the media don’t investigate anything any more and often aren’t allowed to because of "data protection" or "national security", they can get away with all this.

I think the reason why it is done this way is simply to control the narrative completely. For example, so many people can film stuff with smartphones now and upload it in seconds, they cannot risk a "totally real event" – where, say, a mind-controlled gunman works alone. In a "real" event, they can’t control what people actually film – 9/11 was a good example of this – i.e. a lot of people filmed the real event and now they are in trouble because the real videos show what actually happened. However, if the only films that exist are of a "staged event", then they have set up the stage in the first place, so they can control what is on there. The Boston Unbombing was a classic example of setting the stage and building a narrative around it. Just my thoughts! – Andrew Johnson.  My comment: Excellent analysis.

April 9, 2019: People like you disgust me. You use a tragedy to push your warped agendas. You don't know what is reality! Too busy making and promoting propaganda! – Christopher Oldcorn. My comment: Note that no effort is made to address any of the anomalies in the official narrative. Believe it or not, this person is "a member of The Bureau of Investigative Journalism" and "holds a post-grad in Research Analysis". (See his LinkedIn profile.)

August 10, 2019: Hi mate, my name is Robert Bruce, I am also a seeker of truth and agree wholeheartedly with your analysis as.well as the greater alien Jewish NWO plot. I'm still just finding my voice in the world but can't stay quiet any longer, just wondering if you would like to meet up or anything like that I believe in resolving things as peacefully as possible. Justice must be served and truth revealed. Take care, hope you reply, Rob.  My comment: This reads like an amateurish approach from the New Zealand Police/Security Intelligence Service. The gratuitous reference to a "greater alien Jewish NWO plot" is clearly a provocation, designed to elicit an incriminating response.

November 24-25, 2019: We don't do religious websites. This is a business platform and these need to be separated. Thanks. – Hector, admin of 1-1hits.com. My reply: My site is not about religion. It's about the Christchurch "massacre". And ultimately it's about the assault on the First and Second Amendments to the US Constitution, both of which are targets of the globalist elite. The fact that the alleged massacre occurred in New Zealand is not important, as it has serious repercussions for everyone in the so-called free world. If you place any value on freedom and democracy, I would respectfully urge you to reconsider your decision. Hector's reply: I do place value place (sic) on freedom and democracy but this is not the appropriate place for it. Besides, members are complaining about it and that was the reason the site was suspended.

March 18, 2020: Hi I have recently picked up on your site/story Christchurch shooting. You have missed a few things. Are you local? Would you care to meet? to discuss matters further. If you are distant I could cover some aspects by email. Regards Brian Johnston My comment: Again, I have to say that this reads like an approach from either a policeman or an intelligence operative. But if I am wrong, I apologize. I will be delighted to receive any information that adds to what we know about the "Christchurch shooting". I am not, however, prepared to meet a total stranger "to discuss matters further". The risk of entrapment is too great.