Terror wears red – in both Australia and NZ 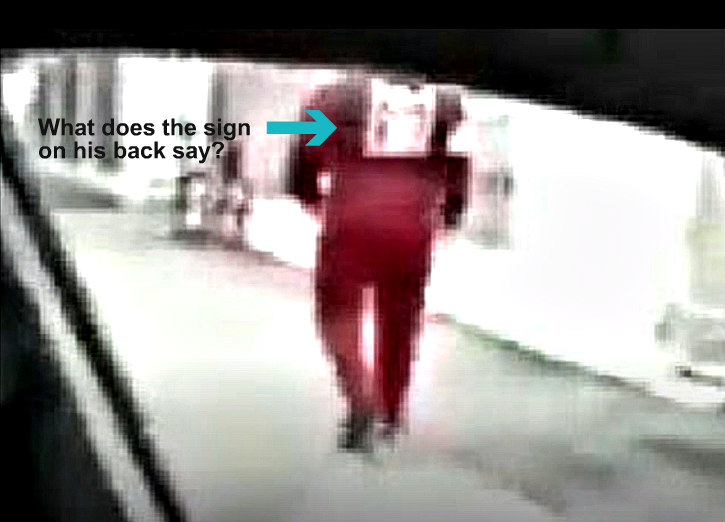 An enlargement of the figure walking past Al Noor Mosque, Christchurch, ostensibly at 1.40pm on March 15, 2019. Whatever the sign on the man's back says, the message is clear: "It's okay to proceed." If the modus operandi of the operation is partly Australian (see below), it's perhaps not surprising that the perps decided to use an Australian as their hitman. 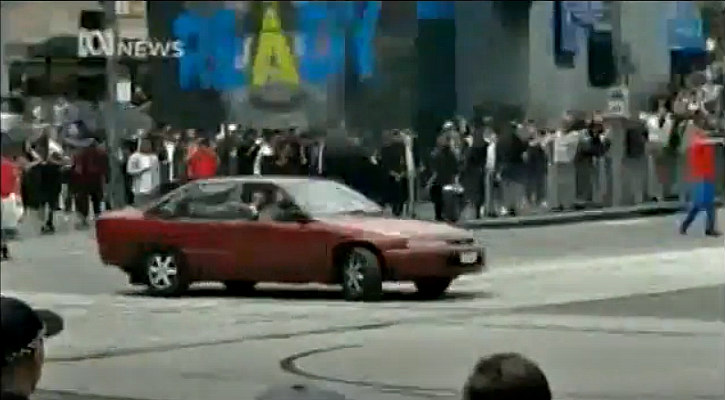 Figures in bright red, presumably stage managers, are dotted around the scene of what is presented as a terrorist incident. 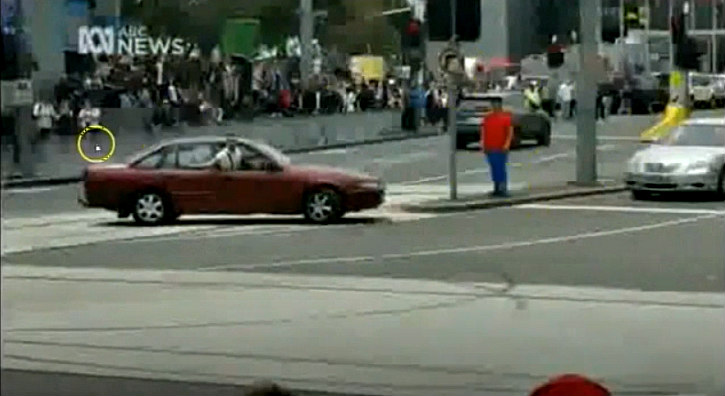 One stage manager stands conspicuously on the median strip . . . 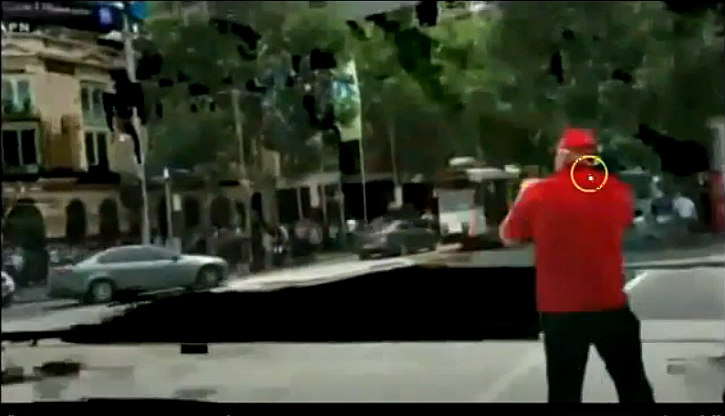 . . . while another operative in red films the action.