state terrorism throughout the world

Video testimony of Vincenzo Vinciguerra, a former member of the neo-fascist Ordine Nuovo, who served as an Operation Gladio hitman during the Cold War. The testimony, here translated from Italian, is from June 1992: 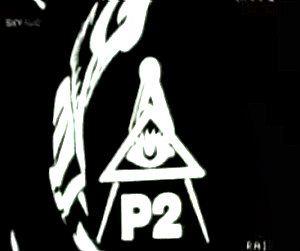 Gladio, as it is defined nowadays, forms part of what I have always referred to as “parallel structures”. That is, an invisible army that is not poised for battle against a hypothetical invader, but rather one meant to be used internally against what the military have always called “The Fifth Column” of the USSR: The Communist Party and the extreme Left.

These parallel structures used the extreme Right for the simple reason that they fought the communists.

In 1945 the Second World War ended and the Third World War started. You were supposed to attack civilians — women, children, innocent people outside the political arena — for one simple reason: To force the Italian public to turn to the State, turn to the regime and ask for greater security.

This was precisely the role of the Right in Italy. It placed itself at the service of the State, which created a strategy . . . aptly called the “Strategy of Tension”, insofar as they had to get people to accept that at any moment — over a period of 30 years, from 1960 to the mid-80s — a state of emergency could be declared, so people would willingly trade part of their freedom for the security of being able to walk the streets, go on trains or enter a bank.

This is the political logic behind all the bombings. They remain unpunished because the State cannot condemn itself.

These ideals prevent me from repenting my deeds. Because what I did was something I thought was right. I profoundly believed in what I was doing, and still do.

The P2 [Masonic] lodge wasn’t a centre of hidden power. It was a centre of real power, hidden from the public but not from the State. It has played a very precise role in this battle against Communism. And I consider the P2 to be one of those parallel structures, which were part of Gladio. It didn’t have a military role, but rather a role in internal subversion.

The massacre at Bologna [train station, in which 85 people allegedly died] came at a time [1980] of maximum concern on the part of the Italian, American and Allied secret services because of the electoral success of the Italian Communist Party. The massacre at Bologna responds, as do all the other massacres, to the logic of a State that, no longer knowing how to confront a political enemy, resorts to extreme measures of violence, attributable to extremists on the Left or the Right, in order to justify their own actions.

That is the only truth about Bologna.

Ordine Nuovo never had its own ideology. They called themselves National Socialists, but their boss, Pino Rauti, worked for the Armed Forces, was a SID [Italian Secret Services] expert, and recruited men for these parallel structures.

From the preface to Nobody Died at Sandy Hook

We are saying that Sandy Hook did not happen as we have been told.

We also think the Boston Marathon bombing did not happen as we have been told.

We think these events are part of a pattern that stretches at least as far back as the murder of John F. Kennedy, likely farther.

These "false flag" events are part of a conspiracy, a vast conspiracy.

You have been taught to laugh now.

But there is nothing funny here.